Since 1970, Encres DUBUIT has specialized in the manufacture and sale of industrial inks for screen printing, pad printing and digital printing. 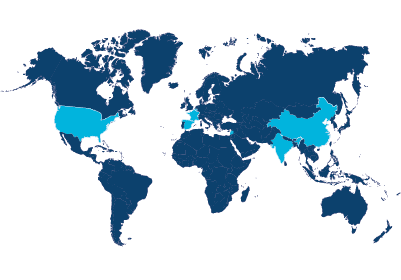 The vision of a world leader

Encres DUBUIT, a French company established in 1970 and located in Mitry Mory, near Roissy-Charles de Gaulle airport, specializes in the formulation, manufacture and sale of technical and industrial inks for screen printing, pad printing and digital printing. Since its creation, Encres DUBUIT has remained at the forefront of technology by offering customized, high quality and innovative solutions in UV (since 1976) and solvent/conventional inks.

Present and active in some fifty countries, Encres DUBUIT is strongly established in international markets. Encres DUBUIT has three plants in France (Paris), Spain (Barcelona) and China (Shanghai), three distribution centers (Publivenor in Belgium, DUBUIT America in Chicago in the USA, an office in the Middle East) and two technical support centers in Belgium (Publivenor) and the United-States (DUBUIT America). Encres DUBUIT is also represented by its distributors in more than 50 countries around the world.

To meet the needs of its customers and to support the development of its machines for direct decoration on objects Louis DUBUIT expanded its product offering by creating Encres DUBUIT. The expansion of the company has not ceased since then: